There are very few things in the world more fun than the first two-to-ten episodes of a ridiculous primetime soap opera. Things can and usually do careen off the rails at some point after that, which is understandable because there are only so many things you can do with these shows before you devolve into self-parody, but the beginning, right in that little window where everything is fresh and new and just being explained for the first time, that’s the sweet spot. So much happens so quickly and, if you’re lucky, it becomes something so crazy that people stare at you with their mouths open as you explain it all to them. It’s a lot of fun to do.

This brings us to Filthy Rich, a new primetime soap on Fox that stars Kim Cattrall as the matriarch of a scandal-plagued family of televangelists. The show aired its second episode this week and has already burned through, conservatively, about three seasons of plot. There’s no way the show can keep this up. It’s not a sustainable situation. Someday soon this sucker is going to start rattling and falling to pieces on the highway like a used car doing the Cannonball Run, but until that happens, man, it’s a heck of a ride. I can’t wait to explain it all to you.

But I’m sure you have some questions. Please, fire away.

What do you mean by scandal-plagu-

I’m sorry. I have to stop you there. I need to tell you some things that happen before the opening credits of the very first episode.

This is a good way to start a television show.

It was great. The whole thing was set to, I swear to God, a cover of “Higher Love” by Steve Winwood complete with wailing Christian guitars that was later revealed to be performed by the network’s charismatic and power-hungry reverend. Here, look. 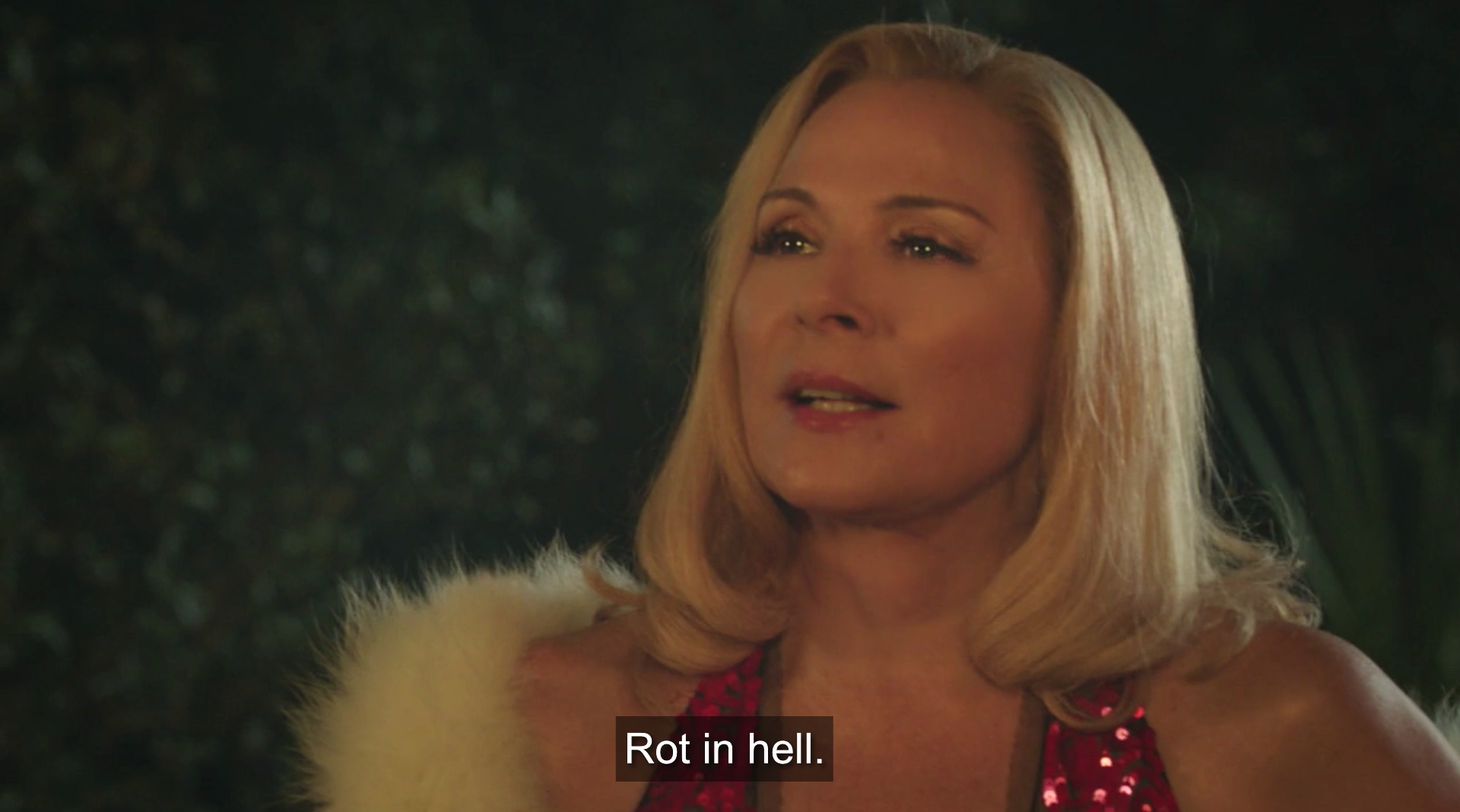 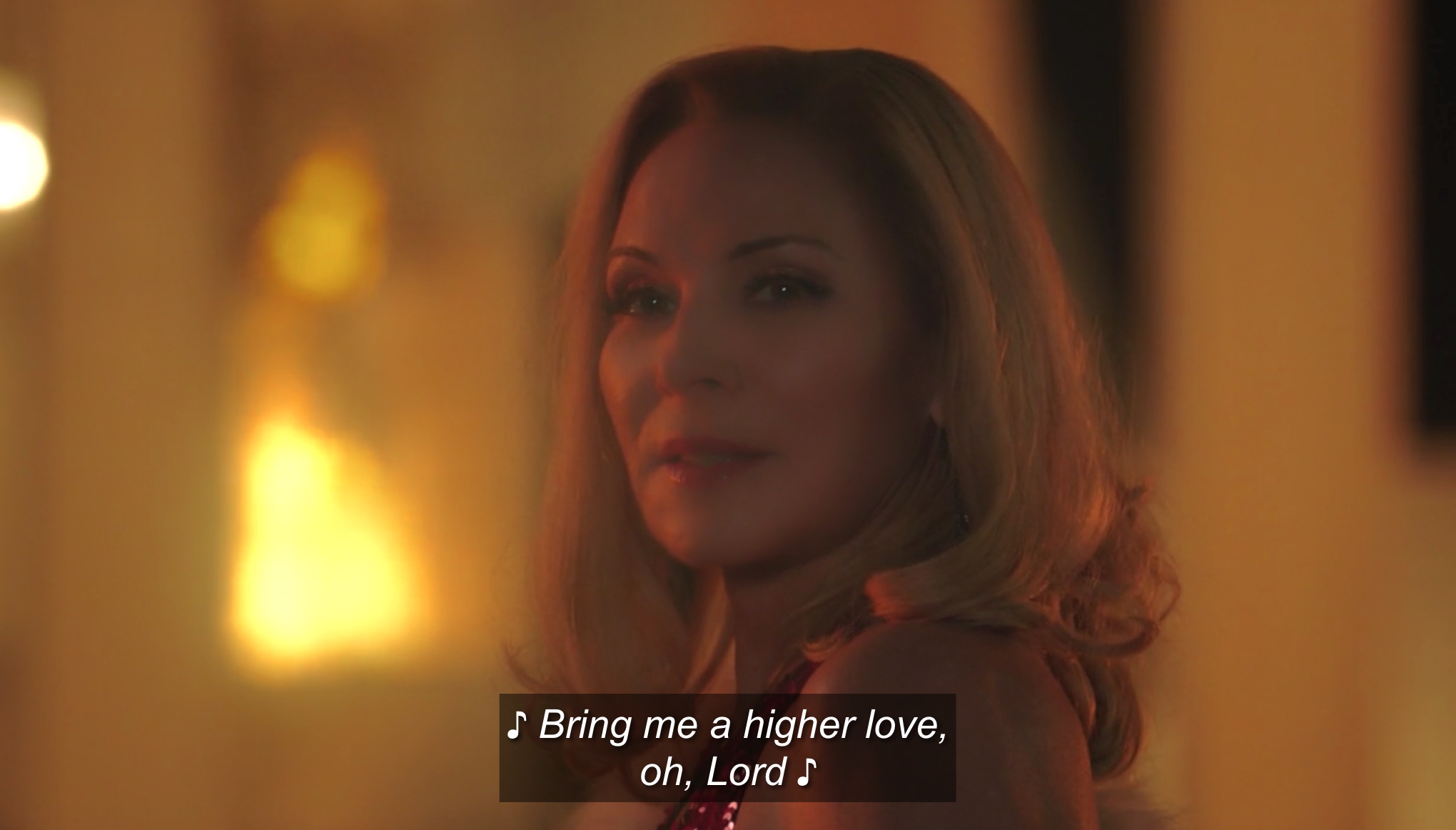 Yeah, buddy. This is barely 30 seconds into the premiere.

Do… do we meet the illegitimate children? What’s their deal?

I’m very glad you asked. We do meet all three of them and, yes, I need to go back to bullet points to introduce them. We have:

This is all kind of like that but with Jesus instead of oil.

Gladly. Her character is named Margaret Monreaux, the spelling of which, in addition to the Southern accents characters dip into and out of from scene to scene, is our constant reminder that the show is set in New Orleans. She and the family are trying to start a kind of all-Christian Amazon called SunnyClub. It is struggling to land subscribers and these new revelations will not help.

Margaret Monreaux is also a perfect Kim Cattrall character. At one point her family catches her smoking a cigarette with a rubber glove on and she explains that she is trying to keep the nicotine stench off her fingers because she is “a lady who smokes, not a smoker.” At another point she orders a martini “very cold, hold the vermouth,” and when it is pointed out to her that this is just a glass of vodka, she replies “Your point?”

My favorite extremely Kim Cattrall moment, however, was this exchange with Ginger, regarding SinWagon and its continued existence. 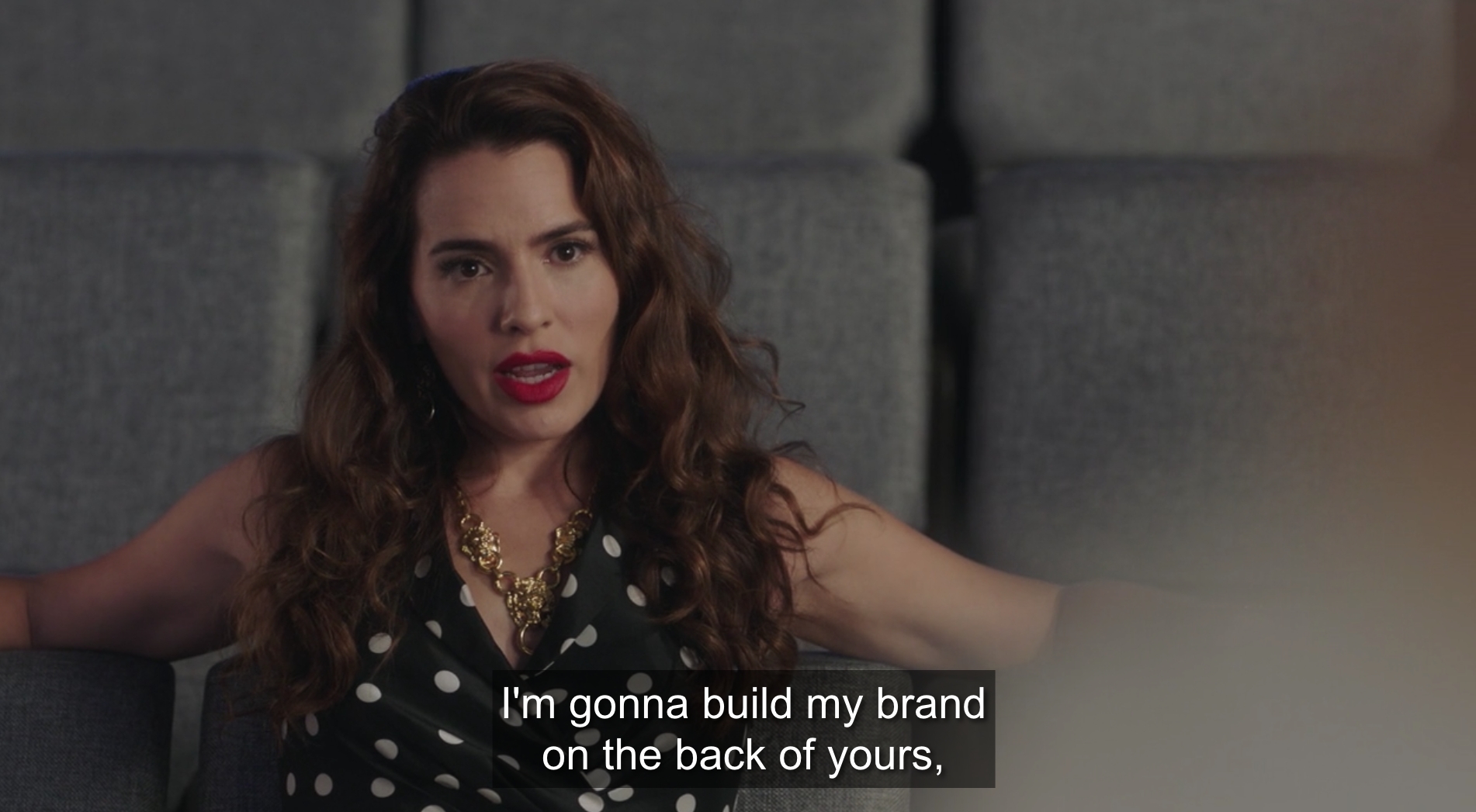 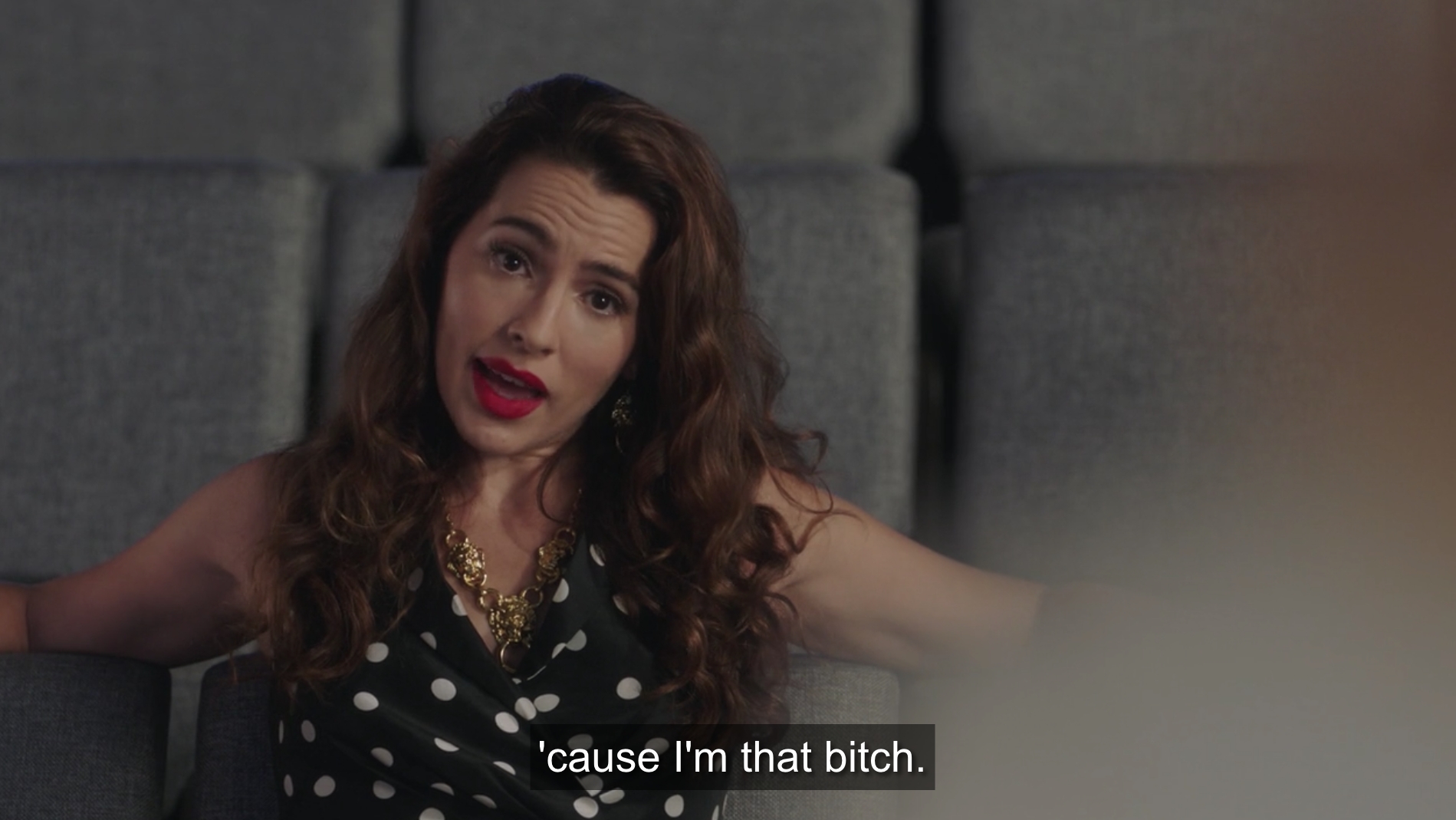 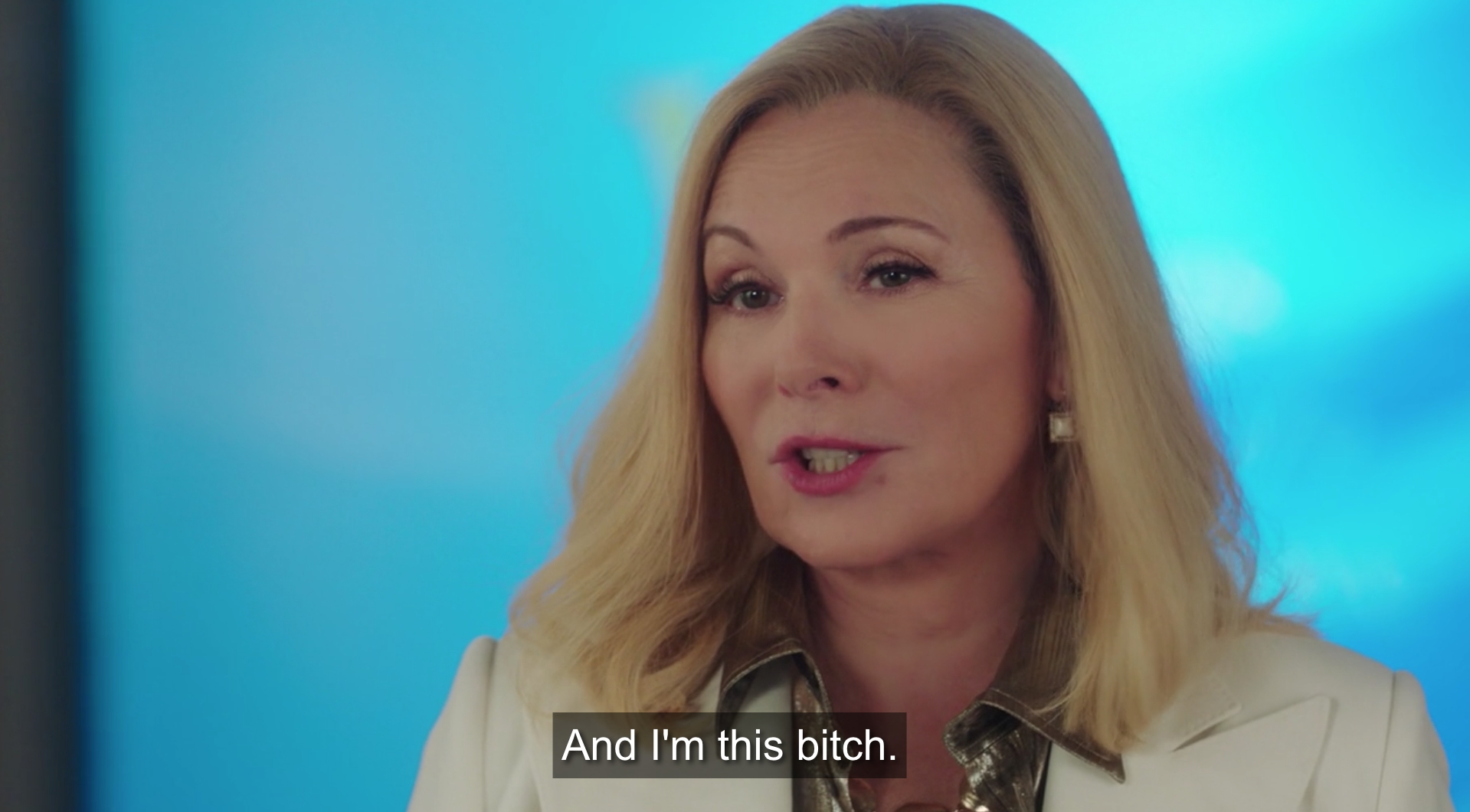 I… I love this. Ginger Sweet seems fun.

Oh, is she ever. She’s a classic bomb-thrower, like a Julie Cooper from The O.C., someone who carries a 50-pound sack of chaos with her everywhere she goes and sprinkles it about liberally. She turned down the family’s payoff and moved her entire SinWagon operation to New Orleans (yes, she and her mother drive around in a vehicle emblazoned with “SinWagon,” but you probably figured that out already), and, in the second episode, agreed to be baptized live on the family’s network — an attempt to legitimize Eugene’s misdeeds — only to, surprise, reveal that she had nothing on under her now-soaked robe but an advertisement for her new Bible-themed rebranded adult webcam service called SaintWagon dot com. 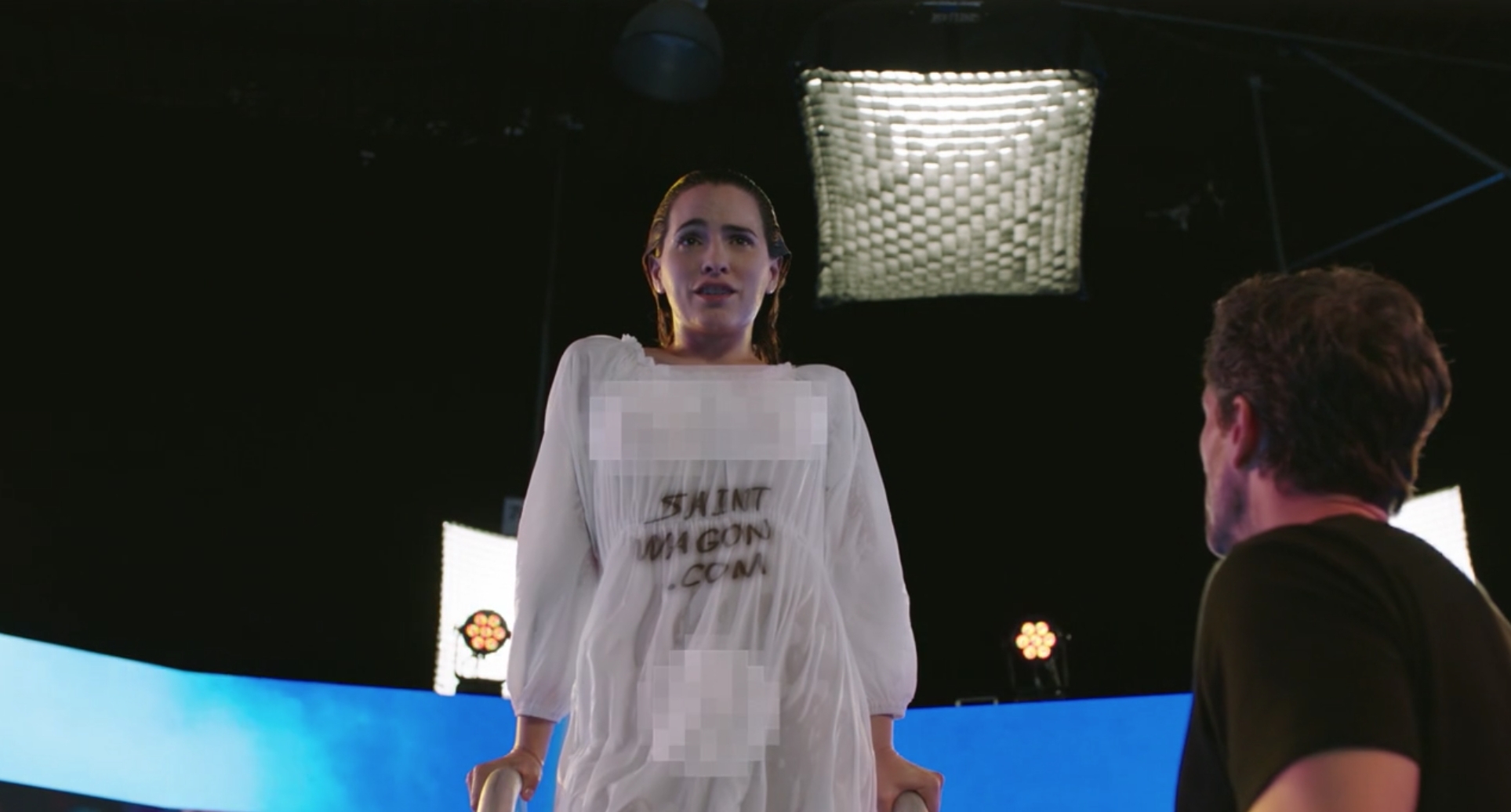 Earlier, you said Eugene “appears to die in a private plane crash.” Does this mean…

Oh yeah, he is super alive. He was fished out of the swamp by an old woman who is nursing him back to health in a dilapidated cabin and re-baptized him in the bayou at the same time on the show as Ginger’s baptism.

This feels like the kind of show where one of Margaret’s children kisses her new half-brother on the mouth and feels gross about it until she — and we — later discover that the “half-brother” is actually the doppelgänger adopted brother of her biological “half-brother,” who is in a coma, and this is all part of a Parent Trap ruse to get money from the family for medical bills.

I mean… wow. Yes. That is exactly what is happening here. I’m honestly very impressed.

I figured it was a short walk from “secretly alive philanderous religious figure finding god on the bayou after a plane crash” to some coma shenanigans.

Mysterious circumstances? Foul play suspected? Possibly by a recently fired investigative reporter who announced to anyone listening that he “doesn’t do puff pieces”?

Okay, don’t lie to me. You’ve been watching the show, too, haven’t you?

OKAY, FINE. THINGS ARE WEIRD. I DON’T HAVE TO EXPLAIN MYSELF TO YOU.

It’s okay, man. It’s really okay. I’m glad you’re watching it. It’s a decent escapist release for 45 minutes a week. And it means I can ask you about the reveal at the end of episode two wh-…

WHERE IT TURNS OUT THE LONGTIME SECRETIVE SINWAGON/SAINTWAGON BIG SPENDER WHO HIDES HIS FACE IS ACTUALLY MARGARET’S JEALOUS SON WHO IS PLOTTING WITH THE SINGING PASTOR AND MAY BE TRYING TO WRIGGLE CONTROL OF THE NETWORK AWAY FROM MARGARET?

I somehow saw it coming 10,000 miles away and yet I still gasped like an old woman who just saw a ghost.

There’s no way it can keep this up.

But I’ll take the ride until it’s out of service.