With its highly-anticipated return only a few weeks away, Disney+ has unveiled a brand new poster for The Mandalorian Season 2. Featuring Mando (or Dyn Jarren as we learned in the Season 1 finale) on the move on a speeder bike with his cape fluttering in the wind, the badass looking poster also contains a super cute addition tucked into the corner. With his big reveal already out in the open, Disney can lean into featuring Baby Yoda now, and there he is riding shotgun in a cloth pouch. Judging by promotional photos and the Season 2 trailer, it seems like something will happen to green guy’s floating cradle thingy, and he’ll be spending some time being carried around in a side pouch as Mando searches for The Child’s “people” a.k.a. the Jedi.

You can see The Mandalorian Season 2 poster below: 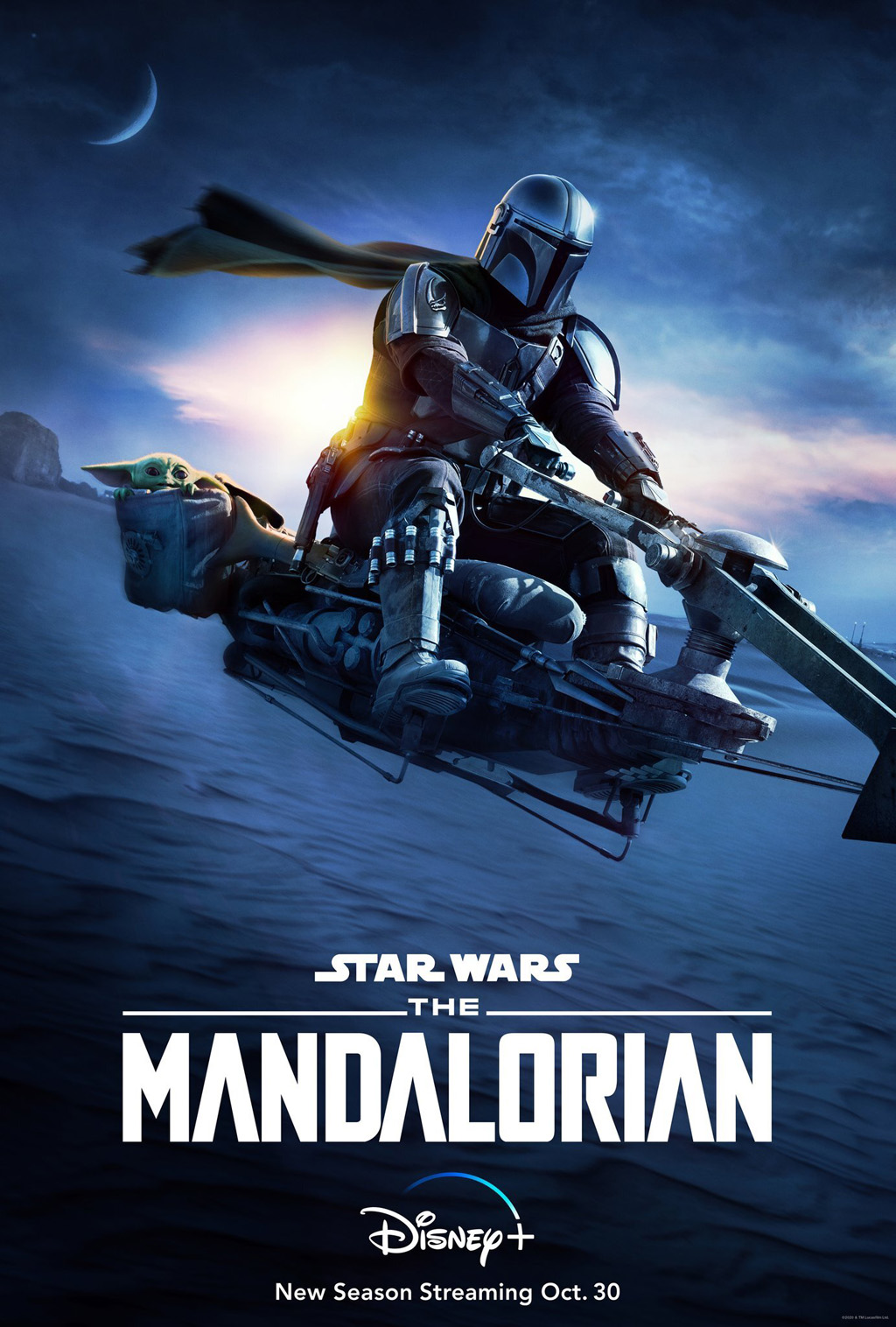 Star Wars fans are itching for the new season to begin thanks to reports that beloved characters like The Clone Wars‘ Ahsoka Tano and the original bounty hunter himself, Boba Fett, will be popping up when the streaming series returns. Katee Sackhoff is also reportedly making an appearance as her Star Wars Rebels character Bo Katan. Although, none of these castings have been confirmed by Lucasfilm who are playing things close to the chest, but the season two trailer did seem to tip its hand by seemingly revealing WWE wrestler Sasha Banks as Sabine Wren. (Or is she?)

What we do know for certain is that Mandalorian fans won’t have to watch the new season alone because of the pandemic. Disney+ recently unveiled it’s new GroupWatch feature, which will allow users to have socially distanced watch parties without anyone leaving their houses. Watching Baby Yoda and not spreading COVID? That’s a win-win.